Use of Technical Analysis Software For Trade Success In FOREX, MCX, NSE (India)

Comments Off on Use of Technical Analysis Software For Trade Success In FOREX, MCX, NSE (India) 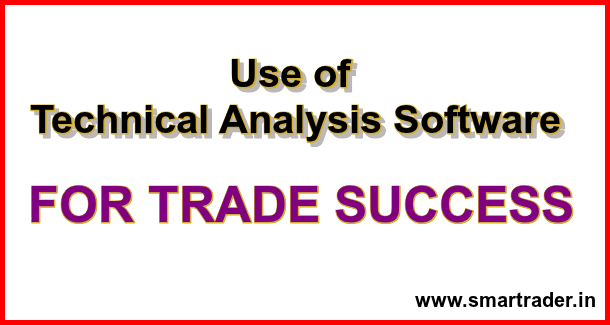 During the last two decades of the 20th century, following the advent of microcomputers, participation in the financial markets such as Commodities/Share/Currency markets by individual traders has grown tremendously. Trading software has proliferated as an increasing number of traders have em- braced technical analysis methods for making trading decisions. While microcomputers have become substantially faster and trading software has likewise undergone significant improvements in speed, performance and user-friendliness, the overall success rate of traders from a profitability standpoint has not materially improved. The reason, in my opinion, is that the single-market emphasis of technical analysis has not kept pace with structural changes that have occurred in the financial markets related to the emergence of the global economy. Now, more than ever before, mass psychology and market sentiment seem to change daily, if not hourly, as market direction abruptly shifts from bullish to bearish and back again. One day a futures market or individual stock is overbought, the next day it is oversold. Today’s market darling is tomorrow’s ugly duckling. One day concerns over inflation are of paramount importance to traders, the next day the subject is practically forgotten as they move on to the next hot topic. Fears over interest rates and “hard landings” wax and wane as traders, with the attention span of hyperactive children, have difficulty maintaining their focus, discipline and perspective.

In this 21st century these sudden shifts between greed and fear, bullishness and bearishness, optimism and pessimism, hope and resignation, seem to exist in a vacuum without rhyme or reason. Yet patterns of market behavior repeat themselves over and over again. They can be found within each market from an inter market perspective by analyzing relationships between related markets. Domestic and foreign markets now, more often than not, move in concert, driven by common financial, political and economic forces affecting the global economy. Today’s traders can no longer rely solely upon single market technical analysis methods, SmarTrader Buy Sell signal Software and Technical Analysis Software were designed for the more independent and less volatile domestic markets of 21st century.

Clearly, inter market analysis tools which can identify reoccurring patterns within individual financial markets and between related global markets afford traders a broadened trading perspective and competitive edge in today’s trading environment, which has been transformed by the mounting globalization and integration of the world’s financial markets. The rapidness of change in the global economy and the growing inter dependencies between global futures and equity markets should make this topic of utmost importance to traders who want their involvement in the financial markets to be profitable, not just a costly pastime. Since the markets are a financial version of Darwin’s survival of the fittest competition, inter market analysis tools that build and expand upon the single-market analysis methods which defined technical analysis in the 21st century demand serious attention. Here SmarTrader provides a better technical analysis software which helps a trader to trade in Commodity/Currency/Share market in confident with regular profit.

This article was posted in Buy Sell Signal Software, Intra-day trading software and tagged 100% accurate buy sell signal software in India, best technical analysis software, day trading software.
Scroll up
Do you want to recover your loss and make profit from trading like a PRO?
We will help you with the best technical analysis software in India for MCX, NSE, FOREX, MCX SX, NCDEX Trading