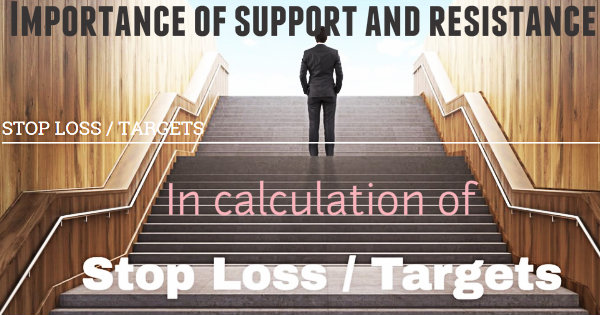 • Where I could set my stop loss?
• What conditions would tell me when my original trade idea is invalidated?

If you take a long call then set your stop loss below support area and trend line. In this case, if the market moves into these areas which implies your trade idea was invalidated. So exit the trade and accept the loss.
Similarly in the case of a short call set your stop loss above the resistance areas and trend line.
Example: Long Crude Oil
The Crude Oil has been trending up. Price has hit the rising trend line a couple times which makes for a nice support level. You could place a long order right at the downtrend line (3650). Now, where you would you place your stop loss? Your stop loss would be placed at 3620. Notice how this is below the support area: the rising trend line. Let’s set profit targets at 3665 and 3675. The trade is triggered. The trend line holds as support and price rise.
Your first profit target is hit. The second profit target is missed by a single point but by that time, you had moved your stop loss to breakeven (where you entered long) so you lost nothing. This is an example of using support as a guide on where to place your stop instead of simply using a fixed number.

Continue reading »
Scroll up
Do you want to recover your loss and make profit from trading like a PRO?
We will help you with the best technical analysis software in India for MCX, NSE, FOREX, MCX SX, NCDEX Trading